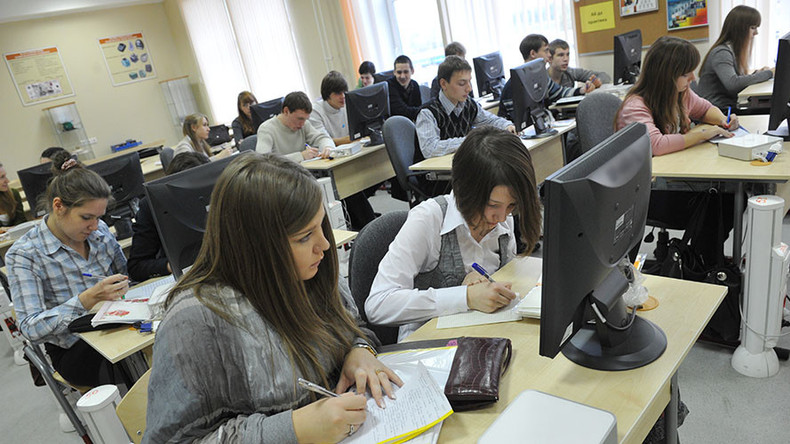 Sources in the ministry told popular daily Izvestia that its specialists were preparing a special course of at least 10 hours of lectures on prevention of extremism and terrorism among the younger generation. Before the end of this year the material will be sent to schools and university in about 50 regions. Apart from lectures the specialists plan to include several educational films into the course.

The sources also told reporters that the ministry had already held many events aimed at countering radical ideologies, but their results had never been published and therefore the broad public is unaware of them.

To correct this, education officials want to launch a separate interactive map of counter-terrorist activities in various educational institutions.

The map will be based on a special interactive website, featuring announcements of all such events and their results. Its authors hope that the move will help attract young people to counterterrorism education.

In December last year, nationalist opposition party Motherland proposed that all secondary schools should be legally obliged to conduct anti-terrorist courses among pupils and explain the role of the state in countering extremist groups, such as the infamous Islamic State (IS, formerly ISIS/ISIL).

The sponsors of the motion acknowledged that Russian schools were already providing anti-terrorism lessons as part of a course called ‘basics of a safe lifestyle’, but noted that the scale of the threat demands greater attention to the problem.

In October 2015, a university in central Russia published 3,000 copies of a book detailing the deceits used by IS and describing the dangers that await the possible recruits to the terrorist group. The book is now being distributed among professors in educational establishments and also among imams in mosques in order to teach them how to oppose extremists correctly.

These steps were largely prompted by the scandal in which a 19-year-old philosophy student Varvara Karaulova went to Turkey in May 2015 with the aim of joining IS. She was detained by the Turkish authorities and deported to Russia, where she faced prosecution over charges of attempted participation in a terrorist organization. Law enforcers reported that Karaulova’s recruiters were apprehended.