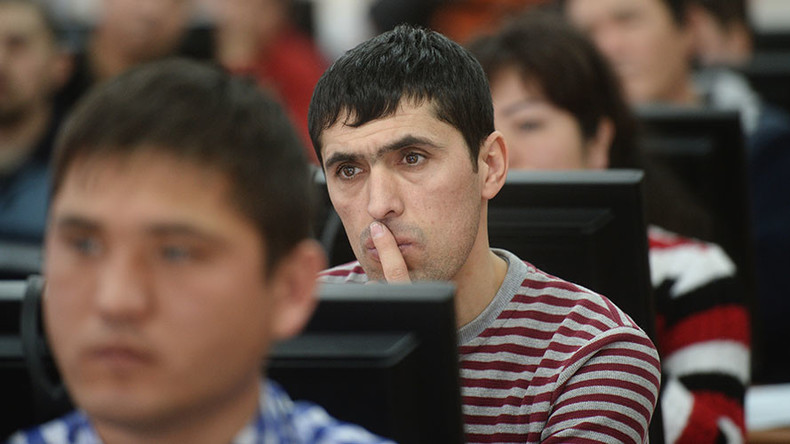 Their research reveals that 79 percent of the respondents saw no, or very little, signs of ethnic tensions in the areas where they reside, with four percent saying the question was too complicated for a simple, direct answer.

At the same time, the share of the population which sees the possibility of violent mass conflicts on ethnic grounds was 14 percent this year, compared to 12 percent a year ago, and only 10 percent in 2009. The vast majority of Russians (84 percent) do not believe that ethnic tensions in the country could result in violence.

Levada also noted in the commentary to their research that the aggregate indicator of “ethno-phobic” feelings among Russian citizens has decreased to low levels from the unusually high levels registered over the past few years. Nevertheless, a significant number of respondents said that they would support restrictions on immigration for certain nationalities and peoples, in particular, citizens of the ex-Soviet republics of Central Asia, Chinese and Roma people.

Of the respondents, 18 percent said they would support the government restricting residence permits for any ethnic groups apart from ethnic Russians, while 21 percent, which is the highest since the polling was held for the first time in 2005, said that they were not interested in these types of measures and ideas. Those who said that the government should not try to restrict the flow of migrants into the country, but try to use this for the country’s benefit, was 23 percent.

In a different poll conducted last year by the state-run public opinion center VTSIOM, about 60 percent of Russians said that European nations should not reject migrants from the Middle East and Africa, but the refugees should go back home following the end of the wars and threats of terrorist attacks in their countries. The majority of those polled (71 percent) said they also expect the Russian Federation to open its doors to people who are fleeing from war and terrorism, with 13 percent of them believing that this scenario is inevitable. Nine percent of the respondents believe that the migrants now arriving in Europe should be allowed to stay there indefinitely, with 14 percent saying that Europe should close its borders and stop accepting any migrants.