Yaroshenko’s letter to Trump was forwarded to the White House through the Russian Embassy in Washington on July 4, Izvestia reported on Wednesday. The newspaper added that on the same day, Yaroshenko’s family also addressed Trump with a request to pardon the pilot.

“It is very difficult for me to remain far from my Motherland, my people and the most important – from my family. I have a lot of problems here because of the language gap – I cannot fully explain my health problems and I cannot seek medical aid. I also cannot fully understand prison officers’ orders and this leads to serious consequences,” Yaroshenko wrote in his letter.

“I will never see my mother now; she died on May 7, 2017, still waiting to see me. It is unbearably hard for me to live through such a loss while being so far away. I only carry on because I am thinking of my wife and daughter – if I die in prison they would not survive such a blow,” he added. 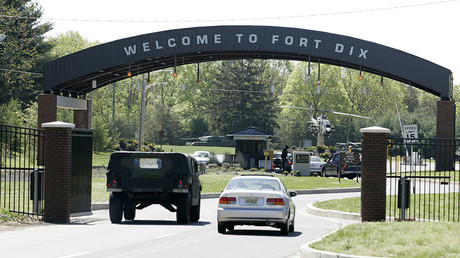 Yaroshenko also reminded the president of the fate of US citizens Kevin Dawes and Peter Wilcox, who were reunited with their families after Russian President Vladimir Putin ordered they be sent home as a goodwill gesture.

(Kevin Dawes was released from detention in Syria in 2016 due to Putin’s intervention and Peter Wilcox was amnestied and sent home in 2013 after being detained for taking part in the boarding of the Russian Arctic oil rig as part of a Greenpeace protest).

At the same time, Yaroshenko reminded Trump about the fate of the US student Otto Warmbier, who spent too much time in custody in North Korea and died in June this year, soon after arriving back in his home country and without seeing his family.

“This address to President Trump is my last chance to come back to Russia while retaining my sanity. I hope that the US president shows humanity and mercy and transfers me to the Russian authorities,” he concluded. 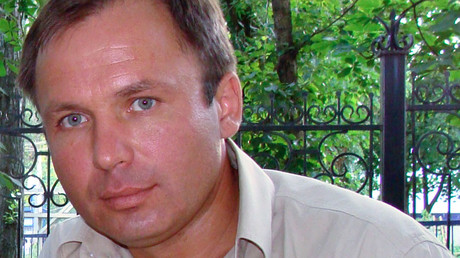 Yaroshenko is currently serving the 20 year sentence he was given in 2011 for allegedly participating in a plan to smuggle drugs into the US. All charges against him were based on the testimony of US Drug Enforcement Agency (DEA) agents who had launched a sting operation against him. Yaroshenko was first arrested in Liberia and was flown to the US without official extradition procedure and in violation of the diplomatic code.

Yaroshenko strongly insists that he is completely innocent and that the whole process was a part of the US agents’ attempt to extract evidence against other Russian citizen, Viktor Bout. Bout was the owner of a transport company who had also been extradited to the US and sentenced to a lengthy prison term after a DEA sting operation.

He has also repeatedly complained about the prison conditions he is kept in and the blatant disregard to his health demonstrated by the US prison authorities. He filed a plea of extradition to Russia over “cruel and humiliating” conditions in the Fort Dix Prison, but in early April this plea was rejected by the US Department of Justice.