‘Japanese grudges are not helping dialogue with Russia’ – top senator

Writing in an article for Izvestia daily, soon after President Vladimir Putin’s official visit to Japan, senator Konstantin Kosachev discussed the issue of Russia’s Kuril Islands, which are contested by Tokyo.

“For Russia, any territorial issue or conflict is non-existent. But it is ready for talks with Japan because understanding that the topic is very important for politicians and society in general. However, ultimatums and grudges will be of no help here,” Kosachev wrote.

The article was a reaction to the results of public opinion polls which showed 54.3 percent of Japanese citizens described the results of the summit between Putin and Japanese PM Shinzo Abe as “negative.” The government support rating in Japan has fallen from 60.5 percent in November to 54.8 percent.

Kosachev noted that, in his opinion, it was wrong to estimate the results of the visit in terms of victories or losses, adding that this approach had been the main mistake that had spoiled relations between the two nations in the past.

“The territories must not be a condition of any development in relations, but on the contrary – the relations are the only possible condition for territorial settlement. I consider this thesis a definite achievement of our diplomats and personally of the Russian president, and a key condition for any talks concerning the peace treaty and the Kuril Islands dispute,” he wrote.

The Russian senator also wrote that Putin’s visit to Japan was proof that the Russian-Japanese dialogue was developing in a positive direction, as was the fact that Japanese PM Abe was the first of the G7 leaders to extend an invitation to the Russian president after the start of the sanctions standoff between Russia and the West. Japan was the only Asian country that joined the sanctions introduced by the US, the EU and some of their allies.

“If we look at the quantity and caliber of the signed treaties and declarations we will see that this trip was if not historical, then at least unprecedented,” Kosachev stated.
The Russian president’s visit to Japan on December 15-16 included talks on economic cooperation as well as on the perspectives for signing a peace treaty and settling the row over the Kuril Islands, also known as Northern Territories in Japan.

As a result of the talks, Putin and Abe worked out a statement on the prospects of joint Russian-Japanese economic activities in the South Kuril Islands that would be acceptable to both nations.

In comments on the agreement, Russian presidential spokesman Dmitry Peskov told reporters that the Japanese side had no objections to working in the framework of Russian law in the Kurils.

“The issue of sovereignty [of the South Kuril Islands] wasn’t raised in any way. It’s not up for discussion here,” Peskov said.

The conflict between Russia and Japan over the Kuril Islands has lingered since the end of World War II, when a vague reparations agreement allowed Tokyo to claim that the Soviet Union should give back at least part of the archipelago, received as part of the post-war settlement. The Soviet Union insisted its sovereignty extended to the whole island chain – a position the Russian Federation has continued to take. 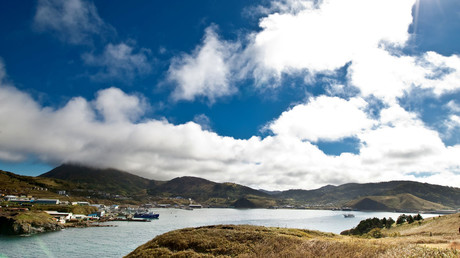 Japan sees the issue as significant and extremely politically charged. In recent years Japanese nationalists have started to mark September 7 as Northern Territories Day, and the country’s diplomats routinely protest when Russian officials visit the islands. Russia, however, has always insisted that any change in the status of the Kurils would mean a reassessment of the results of World War II, which is expressly banned by international treaties.

According to a public opinion poll conducted by the Russian independent research center Levada in August this year, 78 percent of Russian citizens oppose any moves that would lead to giving up the whole Kuril archipelago to Japan. Only 7 percent said they would accept such a move under certain conditions.