One of the main sponsors of the motion, MP Vadim Dengin, said in comments with Parlamentskaya Gazeta that the current draft of the document municipal legislative assemblies to move the first day of the school year from September 1 to October 1. The decision could be taken based on climate, ethnic and cultural conditions in a certain region.

Dengin emphasized that the postponement of the school year could help “to use the warm season more effectively for children’s recreation.”  He also said that the bill allows the regional authorities to either move the end of the school year one month forward or leave it where it is and force schools to adjust timetabled contact hours.

The lawmaker also said that requests for such bill had been coming in from various Russian regions for some time. However, the actual drafting of the bill happened about a week after media reported that a number of Moscow schools were considering cancellation of the September 1 events because this year they coincided with the Muslim holiday Eid al-Adha which is better known in Russia under the Turkic name Kurban Bayram. The schools in question were located near Moscow’s central mosque, and during this holiday tens of thousands of believers gather around it for a mass prayer.

A spokesman for Russia’s Council of Muftis told reporters that the moving of the start of the school year had been proposed by the Moscow Education Department, and Moscow’s deputy mayor in charge of security and information policy said that the authorities sought convenience for teachers, schoolchildren and their parents, as well as for Muslim worshipers. 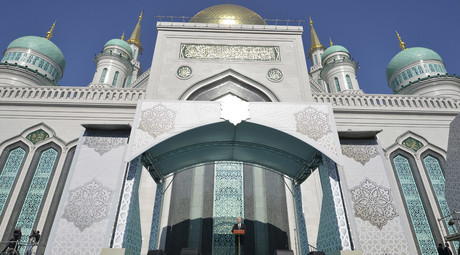 One of Europe’s largest mosques opens in Moscow (PHOTOS, VIDEO)

The authorities of the predominantly Muslim region of Bashkiria reported earlier this month that the start of the school year will be postponed in its capital city Ufa, also because the Eid al-Adha holiday clashes with September 1 this year.

However, Russian senators oppose the idea. One of the members of the Upper House Committee for Education, Science and Culture, senator Oleg Kazakovtsev told reporters that some traditions should not be changed, adding that Russia was a secular society.  Another member of the same committee, Senator Liliya Gumerova told reporters that the bill contradicted the efforts of the parliament and the government to introduce a single “educational space” throughout the country.