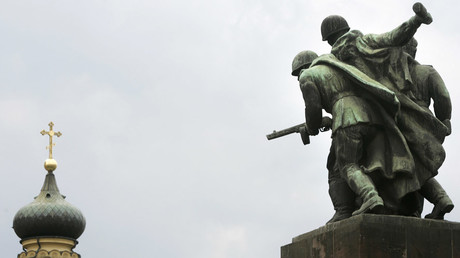 “It looks like Polish Sejm deputies have lost both their conscience and reason. Not a single lawmaker has risen and read the abstracts from the sentences passed at the Nuremberg trials, which forever established as proven historical fact that Soviet soldiers liberated not only their own country, but the whole world from the Nazism,” MP Irina Yarovaya  (United Russia) was quoted as saying on Thursday by TASS.

“It is absolutely obvious that the Polish politicians who consider destroying monuments to the Red Army are committing a crime against their own country, as they are destroying tokens of gratitude to those who gave peace to Poland and its people. They also defile the memory of those who were incinerated in the furnaces of the concentration camps, who sacrificed their lives so that these politicians could live today,” Yarovaya added.

“The fact that the Sejm passed this bill on the day Russia marks as the Day of Memory and Sorrow, on the day when Nazi Germany attacked the Soviet Union, only highlights its deep cynicism and immorality,” she said.

Lower House MP Dmitry Sablin (United Russia) told reporters that the results of the Sejm vote were “outside the boundaries of morality and humanity.”

“It is obvious that the Polish authorities have failed to learn anything from history. People like them flirted with Hitler before the war and ripped pieces from occupied Czechoslovakia. Now they try to forget the debt they owe those who liberated their country from Nazism,” Sablin said.

The comments came soon after the Polish parliament on Thursday passed a package of legislative amendments banning any propaganda of communism or any other totalitarian regime, including any mention of the names on buildings or other architectural sites. Once the bill comes into force, it could result in the destruction of many monuments of the Soviet era, including memorials to the Red Army soldiers who died liberating Poland from the Nazis. 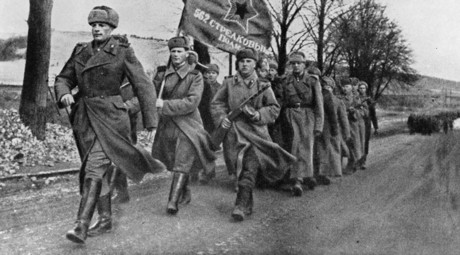 The conflict between Poland and Russia over the Red Army monuments has lingered for several years now. In early 2016, the Polish Institute of National Remembrance – a state-sponsored group founded to take care of the archives – proposed a nationwide program to remove about 500 monuments to the Soviet soldiers who liberated Poland from the Nazis.

Russian Ambassador to Poland Sergey Andreyev warned that the campaign against the monuments could inflict tremendous damage to relations between the two countries, and expressed hope that a more civilized attitude to war memorials would prevail, and attempts to undermine Russo-Polish relations in the future would be thwarted.

Andreyev also reminded reporters that destroying Red Army monuments violates the 1994 intergovernmental agreement and the 1992 treaty between the Polish Republic and the Russian Federation.