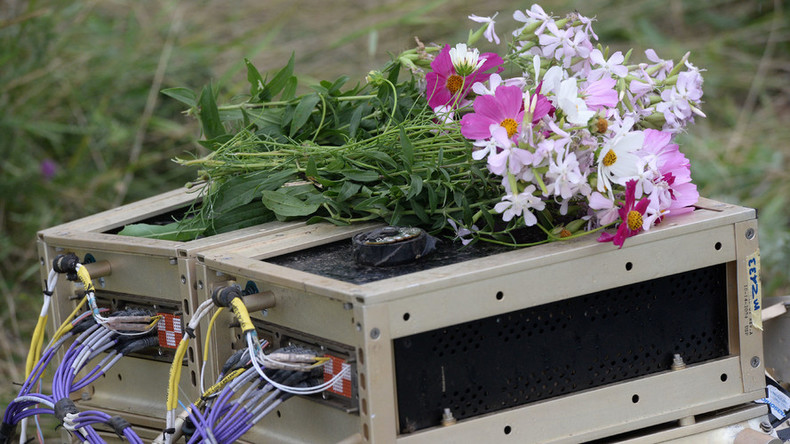 According to a poll conducted by Russian state-owned public opinion research center VTSIOM by telephone in early October, only one in a hundred respondents believe that Russian special services had been behind the Malaysian Airlines disaster that killed 298 people. Only four percent think that one of the militias of the self-proclaimed Donetsk or Lugansk republics was to blame.

Half of Russians said they believe the missile attack on the passenger plane was carried out by the Ukrainian military, while 14 percent pointed a finger at western special services, and 8 percent say a terrorist group not involved in the conflict in southeast Ukraine was probably responsible. Seven percent said they had an alternate idea about what happened, and 16 percent said they could not answer the question.

At the same time, most respondents – 64 percent – said they were aware of the findings of the Dutch-led international group of investigators which concluded that flight MH17 was brought down by a surface-to-air Buk missile launched from territory held by the Donbass militia, while 34 percent said they learned about this from the pollsters.

When asked about what consequences the results of international commission’s investigation could have for their country, 21 percent of Russians said they expected none whatsoever, while 40 percent found the question too difficult to answer. Fourteen percent said that they expect more economic sanctions, seven percent said the results would result in international charges, and six percent thought they would lead to a general aggravation in foreign relations or even a military conflict.

In late September of this year, the Joint Investigation Team, which is meant to provide court-admissible evidence relating to the MH17 case, presented the first results of its probe, claiming that the plane was downed by a Russian-made Buk missile launched from territory that was controlled by the Donbass militia at the time. Russia slammed the report as biased, saying that, unlike Ukraine, it had not been allowed to participate in the investigation, while noting that much of the data presented by the Russian side had been ignored in the final report.

In addition, shortly before the report was released, the Russian company that produces the Buk missile system, Almaz-Antey, released raw radar data from the day of the tragedy that showed no signs of a missile being fired at the plane from territory controlled by the militia.

In early October, the Russian Foreign Ministry summoned the Dutch ambassador in Moscow to convey its view that the report was biased and politically motivated and also express outrage over the fact that important information provided by the Russian side had been ignored. The Foreign Ministry’s spokesperson, Maria Zakharova, told reporters that, in Russia’s view, this approach, which undermines cooperation between investigators and Russian experts, has harmed efforts to find the true cause of the tragedy and punishing those responsible.