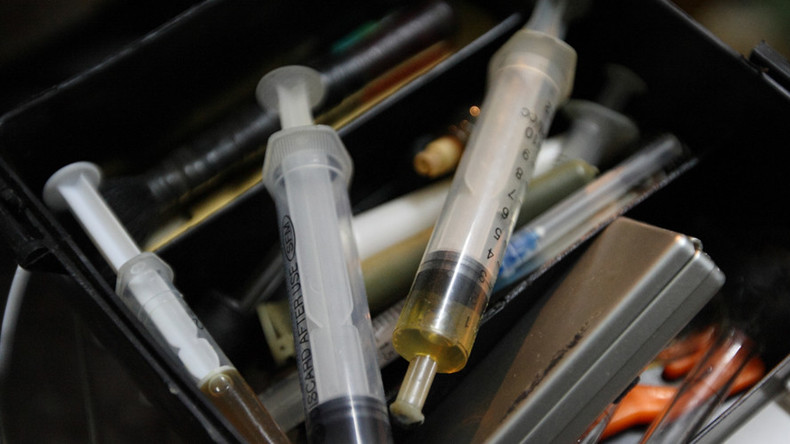 Seventy-eight percent of respondents want illegal drug use to be made a criminal offense. The use of illegal drugs and the possession of small amounts are currently considered civil violations, which are punishable by relatively small fines or up to 15 days of administrative arrest. Compulsory treatment for addicts is possible, but requires a court order.

However, a significantly smaller share of the population in Russia’s biggest cities, Moscow and St. Petersburg, wants to criminalize illegal drug use – about 60 percent. 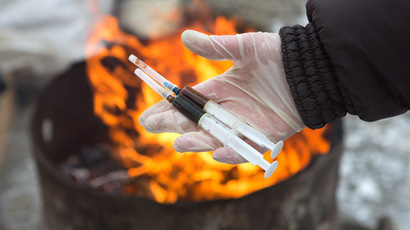 Ninety-three percent of respondents said they did not want to see any of the drugs that are illegal today being freely traded, just six percent supported the legalization of “soft” drugs, and one percent was undecided.

At the same time, about 43 percent of Russians said they consider drug addiction a form of illness that can and should be cured. Only 28 percent said that all addicts are potentially dangerous and should be kept in isolation.

The head of the Information and Statistics Directorate of the Prosecutor General’s Office told reporters earlier this month that the quantity of illegal drugs seized in 2016 had fallen to 24 tons from 52 tons in 2015. However, the official said this was likely because drug dealers have gotten better at evading arrest.

In late 2014, a spokesman for the Federal Drug Control Service (an agency that was abolished in 2016) said legalizing drugs would inflict irrevocable damage on the nation. Shortly before this, the head of the service, Viktor Ivanov, told reporters that using marijuana caused depression, dissatisfaction with life, and schizophrenia. He also said marijuana users are at 50 to 60 times higher risk of switching to heroin.

Russian drug laws do not distinguish between soft and hard drugs, and drug production and trafficking is punished with lengthy prison terms.