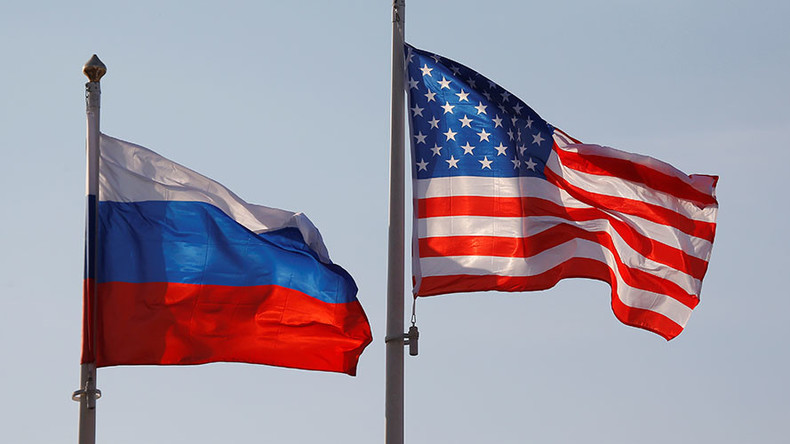 New US sanctions against Russia ‘defy common sense’, will cause retaliation – Moscow

“Hope dies last, but it dies, like everything else. Judging from the monolithic voting in the House of Representatives on the sanctions bill targeting Russia, North Korea, and Iran, there will be no breakthrough or even normalization [in Russia-US mutual relations],” Senator Konstantin Kosachev wrote on Facebook.

“More than that, the further degradation of the bilateral cooperation becomes inevitable, even though it seems that we have already reached the limit,» he added.

The senior senator went on to propose that authorities start preparing a reply to the hostile US bill.

“What shall we do? First of all we should not hurry – we must react only to the laws that are already in force. Second, we must prepare such reaction, because it definitely must follow, not a symmetrical one, but painful for Americans.”

Kosachev’s post came after news agencies reported that the US House of Representatives had voted overwhelmingly to pass new sanctions against Russia, North Korea, and Iran, and to require congressional approval before US President Donald Trump can ease or remove existing ones. If signed into law, the measure will effectively cement existing sanctions against Russia by requiring the administration to get permission from Congress before lifting or easing the economic penalties against Moscow.

Two days before the bill was passed, a member of the Russian Upper House Defense and Security Committee, Senator Alexey Pushkov, stated that new sanctions against Russia would damage Washington’s relations with Moscow and the EU, while the chances that they would quell the anti-Trump opposition in the US were extremely slim.

EU authorities have already urged US lawmakers to coordinate their anti-Russian actions with European partners. “Unilateral measures” could undermine transatlantic unity and have “unintended consequences,” the European Commission warned in a special address.