Protesters across Russia walk out in support of Navalny 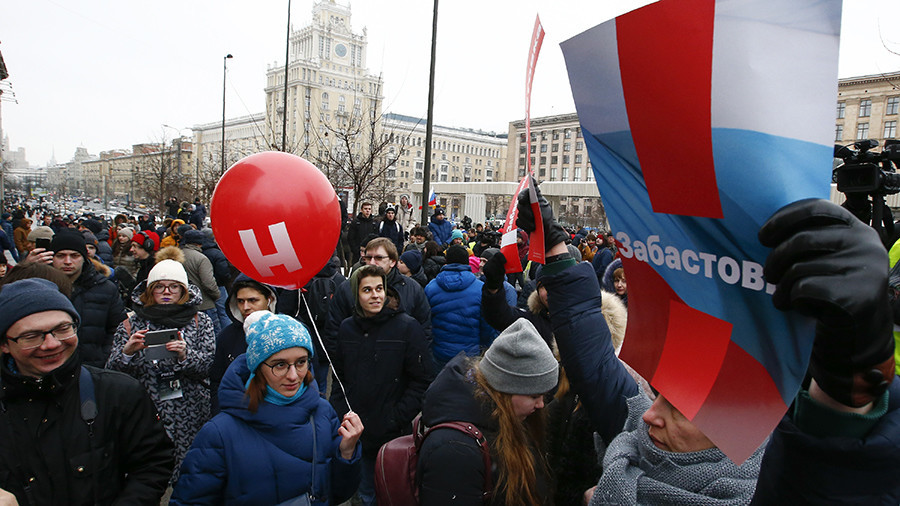 On Sunday, several hundred Navalny supporters took to the streets of cities such as Irkutsk, Kazan, Chelyabinsk, Nizhny Novgorod and Moscow. They protested the decision to ban Navalny from participating in the upcoming elections due to the five-year suspended sentence he received in February 2017.

Some 1,000 people are taking part in the protest on Tverskaya Street in the Russian capital, according to police.

Navalny himself was detained at an unsanctioned rally in a central Moscow square.

The rallies reportedly took place in dozens of cities, with many of them having been approved by the local authorities. However, the main protests in Moscow and St. Petersburg were not agreed with the authorities. Other unsanctioned rallies took place in Vladivostok, Murmansk, Kaliningrad, Volgograd and elsewhere.

Navalny has been calling on his supporters to boycott the presidential election, claiming that the government bars opposition candidates from running a campaign.