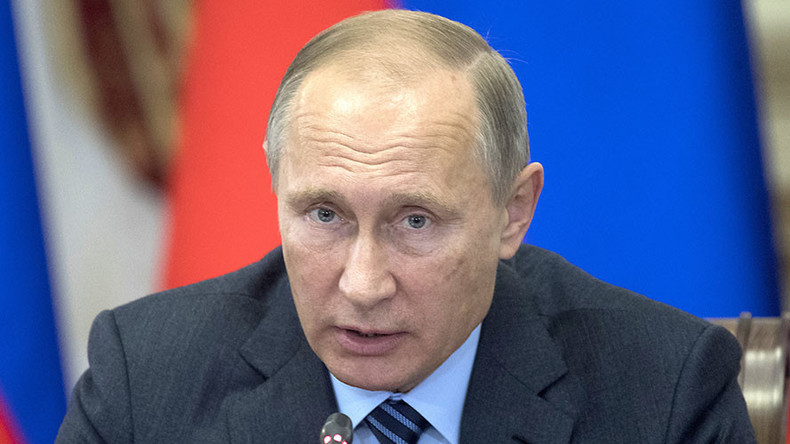 Speaking at the session of the Russian Council for Inter-Ethnic relations in the southern Russian city of Astrakhan on Monday, Vladimir Putin said he was satisfied with the current situation in which about 80 percent of citizens consider relations between Russia’s various ethnic groups friendly or normal – up from just 55 percent a few years ago.

He also stated that inter-ethnic accord was the most important condition for the very existence of the Russian Federation.

However, the president added that in order to secure these achievements and improve the situation, Russian lawmakers and state officials needed to immediately start working on the Law on the Russian Nation. He also proposed that the existing strategy of inter-ethnic relations becomes the foundation of the new act, albeit only after a serious re-working.

“The principal issue here is the coordination between various power bodies engaged in implementation of the state policy for ethnic relations. There are over 10 such agencies at the federal level alone, and there are also regional and municipal structures. Cooperation between them is always ineffective and constant interaction with expert groups has not been started,” Putin said.

He also supported the proposal to hold a year of Russian nation voiced by one of the council members.

“This could be a good event. We could attract every one of those who have gathered in this hall today and work together on it. We only have to choose a particular year,” Putin said.

According to the census of 2010, there are over 190 ethnic groups in the country, with ethnic Russians accounting for about 80 percent of the overall population of the Russian Federation. In addition, Russia ranks second in the world after the United States by number of immigrants. All this makes inter-ethnic relations a very important issue that consumes a great deal of effort from officials and lawmakers.

In 2013, the Presidential Council for Interethnic Relations proposed a new special state agency operating under values that unify the nation and monitoring tolerance levels in the mass media. The previous year, the council came up with the initiative to form mobile groups that would work on prevention and elimination of ethnic conflicts in Russia and also to create an office for an ombudsman for ethnic issues. However, these projects have not yet been realized.