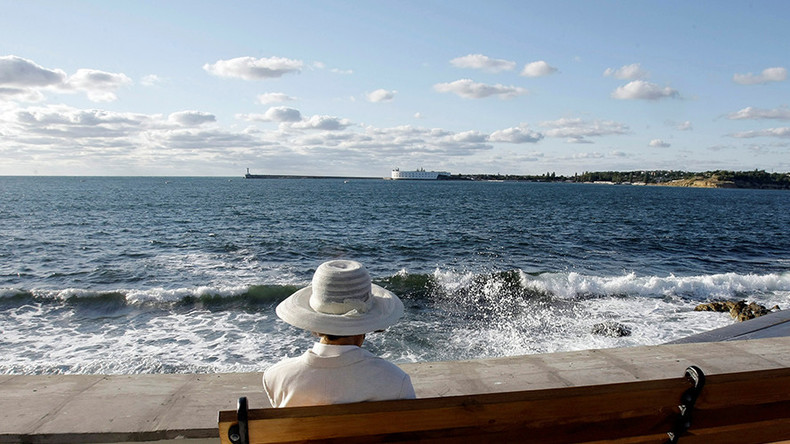 “Avakov has reported that Kiev has a plan to regain Crimea and Donbass, but he has not revealed its essence. Crimea definitely cannot be returned now, with or without a plan,” Pushkov wrote in his Twitter microblog.

The statement came in reply to the words of Ukrainian Interior Minister Arsen Avakov, who told 1+1 TV about the alleged plan for “restoring Ukrainian territorial integrity” through diplomacy and without military action. 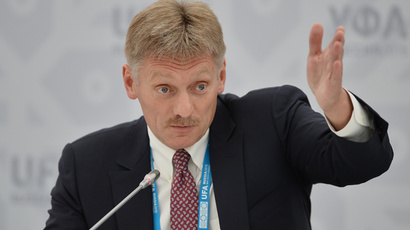 Earlier this month, Western media circulated a report about Ukrainian lawmaker Andriy Artemenko and his proposal to normalize Russia-Ukraine relations through an agreement by which Russia would rent Crimea from Ukraine on a long-term basis. Kremlin press secretary Dmitry Peskov called the idea “absurd,” and denied that Moscow had ever had negotiations on the agreement.

Pushkov also commented on a Facebook post from the weekend in which Ukrainian President Petro Poroshenko promised “not to leave without support” Ukrainian citizens in Crimea. The Russian senator tweeted that the Ukrainian leader had fully demonstrated what he meant by “support” in the war-torn regions of Lugansk and Donetsk, and that hardly anyone in Crimea would wish to repeat what happened in eastern Ukraine. Pushkov added that Crimeans had experienced what Kiev means by “care” when they suffered from energy and trade blockades imposed after its reunification with Russia. 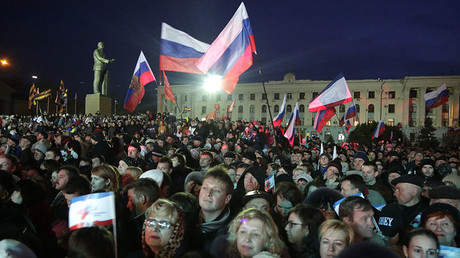 No regrets: Almost all Crimean residents support reunification with Russia

The Crimean Republic reunited with the Russian Federation in mid-2014, after over 96 percent of its residents, the majority of whom are ethnic Russians, approved the move in a referendum. The decision was prompted by the ouster of the democratically-elected president of Ukraine in a violent coup in Kiev, and the installation of a nationalist-backed government that almost immediately declared war on the pro-Russia regions in the country’s southeast, which refused to recognize the newly imposed regime.

A poll conducted on the second anniversary of the reunification in June 2016 showed that 95 percent of the people living in Crimea said that they would support the republic’s accession to the Russian Federation if a referendum was held again. Only two percent of those polled said they would not support reunification. Three percent of Crimeans and four percent of Sevastopol residents found the question too complex to answer.

In the same poll, Crimeans were asked if they were satisfied with the general situation in their region. Seventy-six percent answered “yes,” of which 34 percent were “very certain” about it.