Russian lawmakers congratulate Ukraine on anniversary of liberation from Nazis 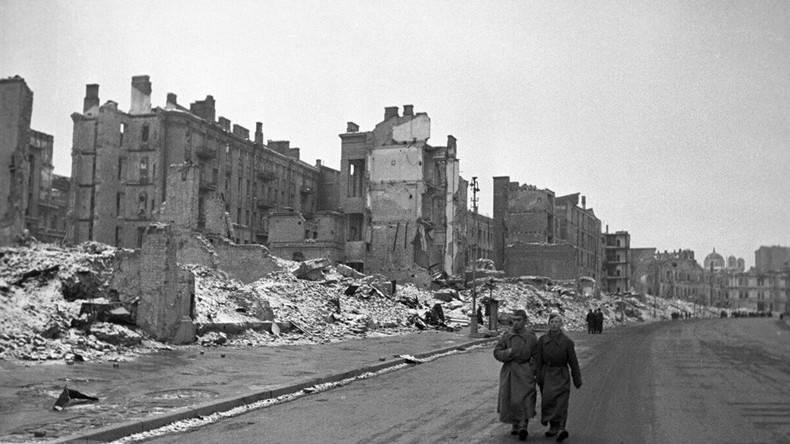 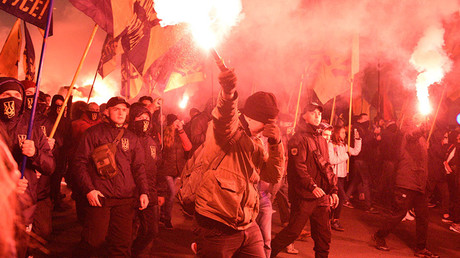 The address was prepared by MP Dmitry Belik (United Russia) from the Crimean city of Sevastopol. “State Duma deputies, who represent the multi-ethnic victorious people, congratulate the brotherly people of Ukraine on the 73rd anniversary of their liberation from occupation by Nazi Germany, and express hope that the memory of our ancestors’ great heroism will forever remain in the Ukrainian and Russian peoples’ hearts,” the document reads.

The MPs noted that in Ukraine during WWII the Nazis and their accomplices killed 3.9 million civilians, using 180 concentration camps and over 400 Jewish ghettoes. The lives of 824,000 Soviet soldiers from all ethnic groups of the Soviet Union were lost during the operation to liberate Ukraine.

In the same address, Russian lawmakers wrote that they were outraged by and denounced the various manifestations of Neo-Nazism in Ukraine.  Registered examples include torch-lit marches glorifying the Nazis and their collaborators; a legislative ban on the St. George’s ribbon, which has become a symbol of victory; repressions against the members of the Immortal Regiment movement.  These and other actions by Kiev authorities “completely distort the essence of the events that took place between 1941 and 1945 and are an insult to the memory of our fathers and grandfathers who gave their lives to bring peace to Ukraine.”

“The falsification of history is taking place because Kiev authorities are knowingly facilitating it and even supporting it,” the Russian lawmakers stated. 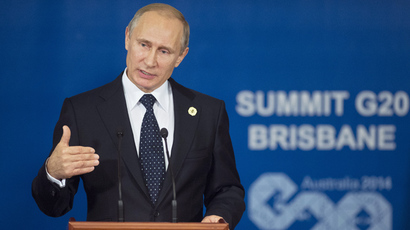 Russian officials and politicians have repeatedly protested against Kiev’s attempts to rewrite history, and against the crimes committed by Ukrainian Neo-Nazis in the course of purges that followed the 2014 coup and the subsequent civil war in the South-East of the country.

In one of the more recent events hundreds of far-right radicals held a march in the center of Kiev in mid-October to mark the 75th anniversary of the establishment the Ukrainian Insurgent Army (UPA) – a nationalist paramilitary group that actively collaborated with the Nazis.

The demonstrators first held a rally in central Kiev, where they demanded that the Ukrainian authorities grant the status of ‘heroes of Ukraine’ to UPA leader Roman Shukhevych and Stepan Bandera who contemporaneously led the Organization of Ukrainian Nationalists (OUN).

Under the leadership of Shukhevych and Bandera, the UPA committed mass killings of Jews and Poles in western Ukraine. In one such ethnic cleansing operation that took place in the provinces of Volhynia and Eastern Galicia, between 76,000 and 106,000 Poles, mainly women and children, were killed.