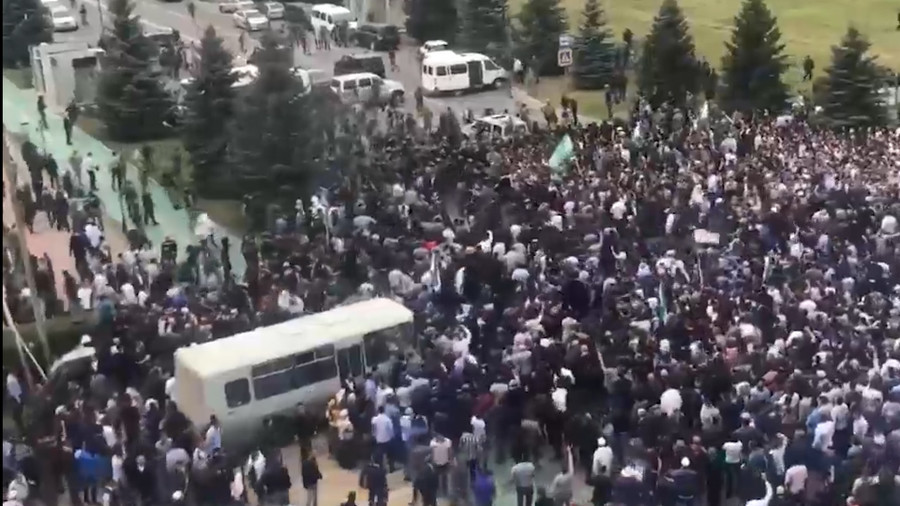 Police said that 2,000 people gathered for Thursday’s unsanctioned demonstration outside the regional government building, some on horseback and carrying Ingushetia flags, in opposition to the land exchange deal with Chechnya, signed on September 26.

Russian media reported that scuffles broke out between demonstrators and the security staff of Ingushetia head Yunus-Bek Yevkurov, who released several bursts of rifle fire.

“During the demonstration, several participants attempted to disrupt order. As a result several shots were fired into the air. There are no casualties, and the situation on the square is under control of the security forces,” said a statement from the regional police department.

The border between Chechnya and Ingushetia, which were considered a single administrative region within the Soviet Union, has not been settled since its break-up in 1991.

Present tensions arose last month, when Chechen authorities began constructing a road through one of the border regions, inhabited by both Ingush and Chechen families. 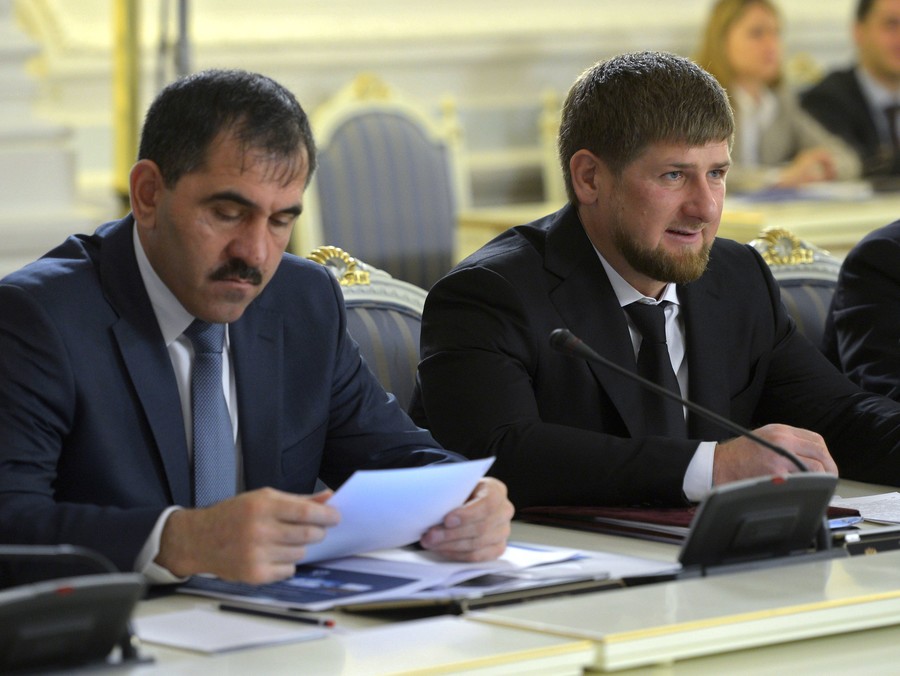 They were apparently resolved when the leaders of the two republics, Yevkurov, and Ramzan Kadyrov signed what they called “a landmark agreement” which offered Chechnya the woodland region where the road works were taking place in exchange for a similar one elsewhere on the border. 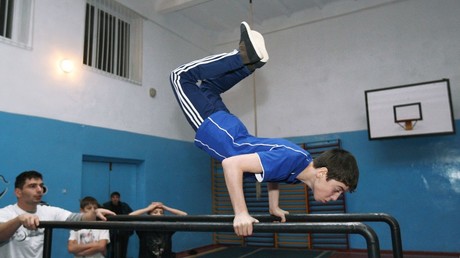 But the decision was not recognized by local Ingush residents, and sparked wider protests, including road blocks in what is already one of the most volatile regions in Russia, and arrests of several instigators.

In the wake of the latest disturbances, Yevkurov reassured Ingushetians that the pact would not restrict their movements or residency rights, saying they shouls “stop worrying, think soberly and not let themselves be controlled by emotions.”

“The decision to sign the agreement was made in the interests of our republic, its peaceful existence and neighborliness,” he wrote on his Instagram page.

«The line is being drawn between the two regions, not their people,» wrote Kadyrov on his Telegram account, adding that the clarity of the agreement should bring unity, rather than mutual suspicion between the closely-related ethnic groups.