“You did not have to come to Moscow to express such positions. As long as you refuse to recognize the present status of Crimea, you will have to maintain the sanctions, on a personal basis,” the head of the Upper House Committee for International Relations, Konstantin Kosachev, said at the Wednesday meeting of Bundestag lawmakers.

He added that anyone who doubted the public support for the reunification of Crimea and Russia could personally visit the region and publicly declare their position on the alleged annexation. “Maybe this would lead to some changes in your views, and after this we could return to this conversation,” Kosachev said.

“Crimea’s status is final and irreversible, no one can change it,” the senator stated.

He also criticized the German lawmaker for ignoring the will of the Crimean people expressed in the 2014 referendum on reunification with Russia. “You like to talk about European values, but where among these values is a simple respect to the position of two million people, who had made their choice and who you now want to give to Ukraine as if they were just a sack of potatoes,” he said.

Kosachev also noted that during the Yugoslavian crisis, European politicians insisted that the main priority in all political decisions was to save human lives. “But this stand has strangely vanished in the case with Ukraine. Now suppressing separatism is of greater importance to you than people’s safety and fate,” he said. 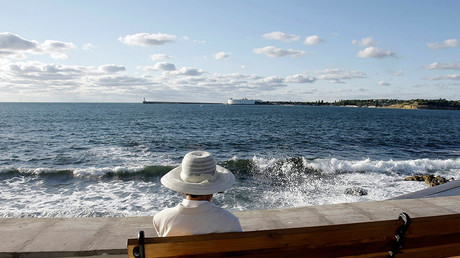 The Crimean Republic reunited with the Russian Federation in mid-2014, after over 96 percent of its residents, the majority of whom are ethnic Russians, approved the move in a referendum. The decision was prompted by the ouster of the democratically-elected president of Ukraine in a violent coup in Kiev, and the installation of a nationalist-backed government that almost immediately declared war on the pro-Russia regions in the country’s southeast, which refused to recognize the newly imposed regime.

A poll conducted on the second anniversary of the reunification in June 2016 showed that 95 percent of the people living in Crimea said that they would support the republic’s accession to the Russian Federation if a referendum was held again. Only two percent of those polled said they would not support reunification.