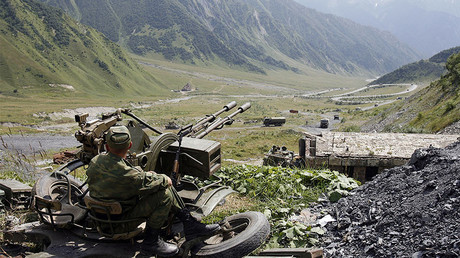 The initial agreement, effectively allowing the two states to have joint armed forces and to work under the doctrine of collective security, was signed by Russian President Vladimir Putin and South Ossetian President Leonid Tibilov in March 2015. After this, the document was sent to the defense ministries of both countries in order to work out the details of its execution.

The agreement also states that the full manning of the Russian base with South Ossetian contract soldiers should be completed within six months of the order being issued by the commander-in-chief of the South Ossetian military. 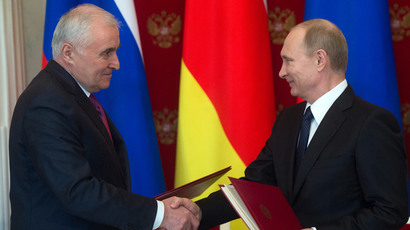 In a brief speech after the signing ceremony, the Russian defense chief said that cooperation between Russia and South Ossetia was among the key factors guaranteeing stability in the Caucasus region, adding that the new agreement would play a role in ensuring that “no one ever thinks about resuming some combat actions or repeating what had happened in 2008.”

Gasseyev said that the new agreement with Russia will strengthen South Ossetia’s defense capabilities and security, adding that the ability to serve in the Russian military on a contract basis is of “great social-economic importance” for South Ossetians.

Russia recognized the independence of South Ossetia and the neighboring republic of Abkhazia after a brief war in 2008, which took place after Georgia launched a military attack on South Ossetia in an attempt to seize its territory in violation of ceasefire agreements, and despite the presence of Russian peacekeepers.

Russia responded within several hours and deployed ground troops, air force, and paratrooper units to force Georgia into peace. The operation lasted for three days and ended on August 12. Up to 2,000 civilians and 71 Russian peacekeepers lost their lives in the conflict.