Russians believe US sanctions won’t have any effect, but disappointment in Trump grows – poll

State-run pollster VTSIOM reported on Friday that research from the end of July shows that 68 percent of Russians are aware of the new sanctions introduced against Moscow by the United States. Thirty-two percent told researchers it this was the first time they had heard about the developments.

In the same study, 48 percent of respondents said they expected the new restrictions to cause no changes in Russia’s policies or its relations with foreign nations. A little under a third – 28 percent – said that the consequences of the sanctions could be negative, and 9 percent believe that Russia will actually benefit from them.

In addition, 29 percent think it is best to leave the new US sanctions without any reply, while 19 percent said they supported a symmetrical response and 9 percent admitted that though they considered reciprocal sanctions necessary, they could not give any specific ideas for such steps.

When asked about previous Western sanctions against Russia, 35 percent of respondents said that in their opinion these measures had improved the situation in the country. Just over a quarter – 26 percent – said that they thought the West had managed to worsen the situation in Russia, and 29 percent said that they saw neither positive nor negative changes.

Moreover, 72 percent of poll participants shared the opinion that the Russian authorities should not push for the cancellation of the sanctions as they would be lifted in due time. 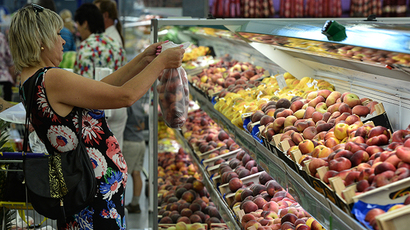 Russians see sanctions as tool to weaken nation, but feel no effect

When asked about the effect of sanctions on the everyday lives of ordinary Russians, 79 percent said that they could not feel any consequences. Eighteen percent said that they felt the sanctions’ impact in the form of price hikes, unemployment, devaluation of the national currency and problems with getting entry visas to foreign countries.

Regarding their personal attitude to US President Donald Trump, 28 percent of Russians said that this was negative, 18 percent claimed that their feelings were positive, and 43 said that they had no particular position on the US leader.

This differs to the situation a month ago, when 27 percent of Russians said they had a positive attitude towards Trump and 22 percent said it was negative.

However, the Russians’ dislike for Trump has not yet reached the peak registered in April, after he ordered a missile strike on a Syrian airbase. Back then, the ratio of those who liked and disliked the US president was 13 percent versus 39 percent.

On Wednesday of this week, Trump signed a bill imposing new sanctions on Russia — and also on Iran and North Korea — simultaneously stating that the motion was “seriously flawed” and blasting the US Congress for applying pressure to see the bill signed into law.

In reply, Russian Prime Minister Dmitry Medvedev blasted the motion as a declaration of a fully-fledged economic war, adding that barring a miracle, the law would have a decades-long negative effect on Russia-US relations.