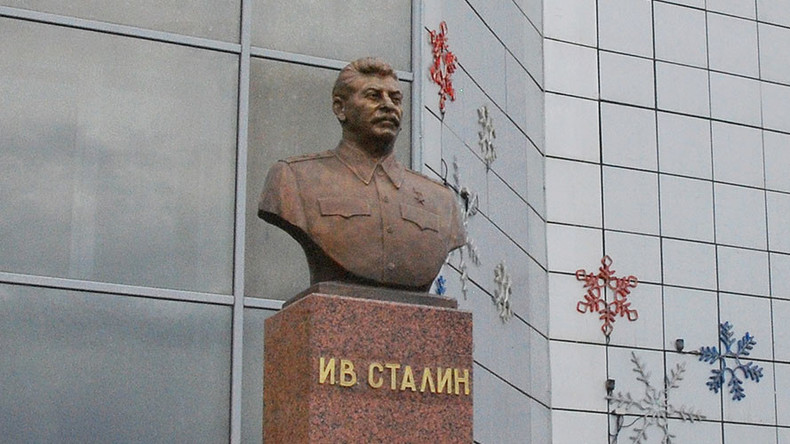 According to the latest research by state-run pollsters VTSIOM, the share of those who support the idea of commemorating Stalin as a major figure in Russian history is 62 percent.

Respondents told researchers that they consider the Soviet dictator a part of Russian history that their children must know about, and mentioned the victory in the war against Nazi Germany as one of Stalin’s major achievements.

A much lower share (under 10 percent) believe that it was Stalin who made the Soviet Union strong, or that he did the country a lot of good in general.

The share of those who said that, in their opinion, Russia should not have new monuments to Stalin was at 31 percent. 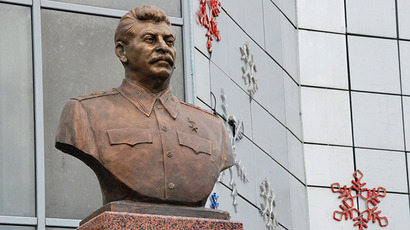 When researchers asked Russians if they consider it reasonable to install memorials that would remind future generations of Stalin’s wrongdoing and errors, 65 percent said no and only 28 percent voiced their support for the idea.

The share of those who backed the placement of neutral reminders of Stalin’s life on the streets and in buildings was at 35 percent, with 59 percent saying that such attention to the historical figure would be excessive.

The poll was conducted in early July, soon after another scandal over Stalin’s name hit Russian society. When the faculty staff of the Moscow State Legal Academy put a memorial plaque to Stalin in its main building, one of Russia’s most famous law attorneys, Genri Reznik, retired from the academy in protest.

In addition, professors from the Russian Higher School of Economics announced that they would refuse to participate in any joint projects with the Moscow State Legal Academy, also in protest at the alleged glorification of Stalin. Numerous reports criticizing the move were published in mass media and on social networks.

The academy’s managers said in their defense that they were following instructions that, despite being issued in Soviet times, had never been canceled. 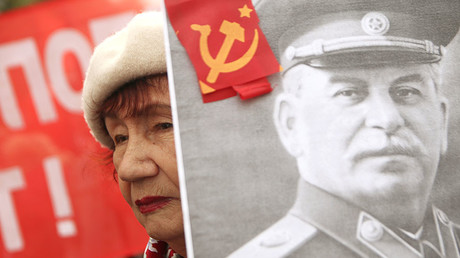 The chief Russian ombudsman for human rights, Tatyana Moskalkova, said in comments that in her view the new plaque was in its proper place because the academy’s students, as future lawyers, needed a reminder about the importance of the law and the dangers of political repression.

President Vladimir Putin’s press secretary, Dmitry Peskov, said at the time that the Kremlin had no position on that particular scandal, but added that previously President Putin had repeatedly called Stalin a part of Russian history, urging people “to perceive this history with maximum adequacy.”

Controversies around Stalin’s name and personality are constantly raised in Russia, and almost always become widely debated topics among the public and media.

Supporters of Stalin cite his role in the early industrial and scientific development of the USSR, as well as the Soviet victory in World War II achieved under his command. Opponents point to Stalin’s notorious programs of political repression, his apparent disregard for human casualties in economic reform and in war, and his infamous cult of personality that was denounced even by Soviet Communists soon after the leader’s death.

The Communist Party of the Russian Federation made heavy use of Stalin in its latest parliamentary campaign. The party branch in the city of Penza even announced 2016 as the “Year of Stalin” and opened a museum in his honor.