In a letter to MP Valery Rashkin quoted by Izvestia daily on Friday, the minister wrote that, while the current anti-Russian policies of the Ukrainian government remain a cause of concern, the initiative to abrogate the major freedom and cooperation treaty proposed by the Communist Party caucus had been deemed untimely and unjustified.
Lavrov added that Russian diplomats consider developing friendly ties with Ukraine a primary task and canceling the previously signed friendship treaty was very unlikely to contribute to resolving the numerous problems in the two nations’ relations, which have been accumulating since an armed coup led to the installation of the new regime in Kiev.

The initial treaty of friendship and cooperation between Russia and Ukraine was signed in 1997, and prolonged for another decade in 2008. The main provisions of the document specify that the sides agree to cooperate in various international organizations and also pledge to guarantee equal rights and freedoms to each other’s citizens. 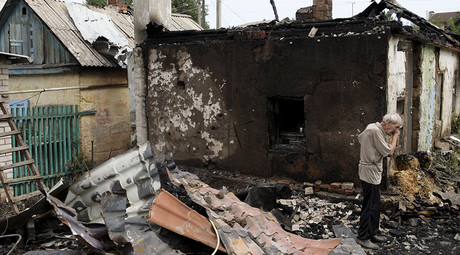 Communist Party MP Valery Rashkin had asked Russia’s president and Foreign Ministry to consider pulling out of the treaty in reply to recent unfriendly moves made by the Ukrainian authorities.

Earlier, Rashkin and other Communist Party lawmakers proposed introducing additional sanctions against countries that send arms to the Ukrainian military, such as Lithuania and Poland, and to ban Ukrainian police and military from entering Russia for life if they have participated in the ongoing military conflict in the Donetsk and Lugansk Republics. Communists had already suggested that the Russian assets of Ukrainian billionaire-turned-president Petro Poroshenko’s be impounded to punish him for the ‘war crimes’ committed by Kiev’s military.

Russia’s authorities have not supported any of these initiatives, however.