RIP at last? Over half of Russians want Lenin’s body to be buried – poll

The poll was conducted by the Levada Center, a Russian non-governmental polling and sociological research group, Interfax reported. It was released on the eve of the Bolshevik leader’s birthday (April 22).

Around 1,600 people from 137 Russian cities and towns took part in the poll between March 31 and April 3.

#1917LIVE: Lenin arrives in Petrograd to join the Russian Revolution

According to the survey, 32 percent of those who agreed the body of the communist revolutionary leader should be moved from Red Square want to bury him near the Kremlin walls.

Another 26 percent want to bury Lenin in Volkovo Cemetery in St. Petersburg, where many artists, musicians, and politicians were laid to rest. Lenin’s mother and sister are also buried there.

The majority of respondents, 78 percent, said they were against removing Lenin’s monument from Red Square.
According to the poll, the proportion of Russians positively disposed towards Lenin’s policies jumped from 40 percent in 2006 to 56 percent.

The pollsters also asked the respondents to evaluate the role of the Bolshevik leader in the history of Russia, and 26 percent said that Lenin will live on in people’s memory but no one will follow in his path. Another 23 percent said that Lenin led the country to progress and equality, while 21 percent answered that his ideas were distorted by his followers.

One-fifth believe that the Bolshevik leader “was trying to rely on the best thoughts and hopes of people to lead them to a brighter future,” while 15 percent say that Lenin led the country in the wrong direction, causing many misfortunes and problems, and 11 percent believe he was wrong in his expectations for revolution and communism. 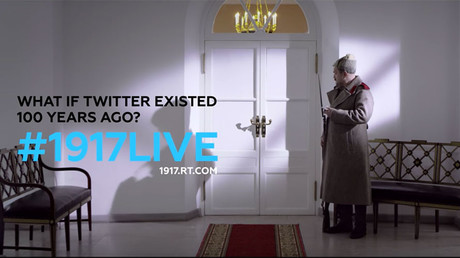 #1917LIVE: Be part of revolution on Twitter & write your own history with #1917CROWD hashtag

The issue of Lenin’s burial is a topic of heated debate. It has been discussed from the early days of Perestroika back in the late 1980s, but so far, the only change has been the removal of the honorary guard from the Mausoleum. The debate usually intensifies before his birthday and the anniversary of the October Revolution.

In March this year, the Russian Orthodox Church Outside Russia (ROCOR) called for Vladimir Lenin’s body to be removed from Red Square as a demonstration of the Russian people’s reconciliation with God.

“The liberation of Red Square from the remains of the main tormentor and repressor of the 20th century, as well as the destruction of all monuments dedicated to him, could become one of the symbols of the Russian people’s reconciliation with the Lord,” reads the statement passed by ROCOR’s Arch-Hierarch Synod in connection with the upcoming anniversary of the 1917 Bolshevik Revolution.

In response, a senior spokesman of the Russian Orthodox Church dismissed the idea of removing Lenin’s body from the mausoleum on Red Square, saying that before this happens, the country must rid itself of its Soviet and communist legacy.

“We understand very well that his presence on Red Square has nothing in common with Christian traditions. But we cannot raise the question of his reburial before we complete the campaign on de-Sovietization and decommunization in the post-Soviet space,” Russian Orthodox Church official Alexander Shipkov was quoted as saying by Interfax.