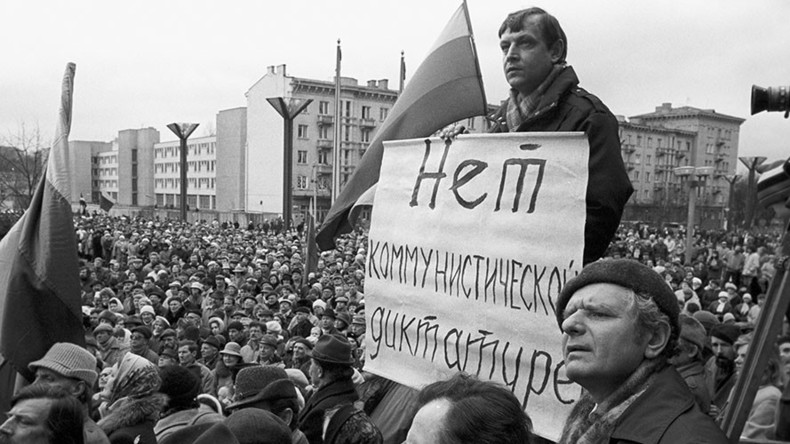 “This process is definitely a reprisal,” Deputy Head of the Lower House Committee for Eurasian Integration, MP Konstantin Zatulin said as the State Duma was discussing the draft statement on Tuesday. “I am confident that we should summon the Lithuanian ambassador and ask for explanations about this situation. I think that through these proceedings, they are trying to rewrite history” he added.

Last month, a court in the Lithuanian capital Vilnius convicted three former Soviet policemen of killing Lithuanian border guards and police officers in 1991, sentencing them to life in prison. The court also ordered them to pay 653,850 euros ($725,185) in damages to the state, and hundreds of millions of euros to the families of the victims.

The sentences were delivered in absentia, as all three are Russian citizens, and Russia has previously denied Lithuania’s requests for their extradition. The defense said at the trial that the prosecution relied on the testimony of only one witness. 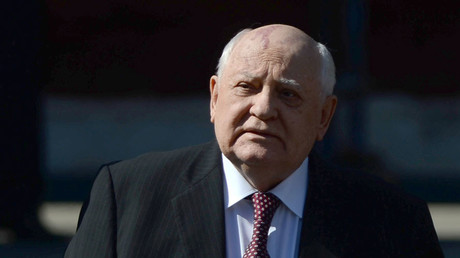 Gorbachev summoned to court over 1991 crackdown on protest in Lithuania

The trial is part of a larger case regarding clashes that took place in Lithuania in January 1991, as Soviet police tried to suppress nationalist, anti-communist rallies in Vilnius and other places, resulting in the deaths of 14 people.

In mid-October, Lithuanian media reported that the Vilnius Regional Court had summoned former Soviet President Mikhail Gorbachev as a witness in the case. So far, there have been no reports that the summons had been served.

The resolution passed by the State Duma on Tuesday denounced the trial as a “politically motivated reprisal” and “punitive justice.”

“This position is absolutely inadmissible from legal and political perspectives. State Duma MPs express their protest in connection with attempts to pass political decisions targeting the Russian Federation as movements aimed at carrying out justice,” the document reads.

“Proceedings like this not only fail to contribute to the restoration of a genuinely friendly atmosphere of interaction between our nations, but also result in serious damage to the long-term interests of Russian-Lithuanian relations,” Russian parliamentarians warned.

Earlier, Russian Foreign Ministry spokesperson Maria Zakharova told reporters that the Russian people were rightly disturbed by the politically-motivated prosecution of Russian citizens who took part in the 1991 events on framed-up charges.