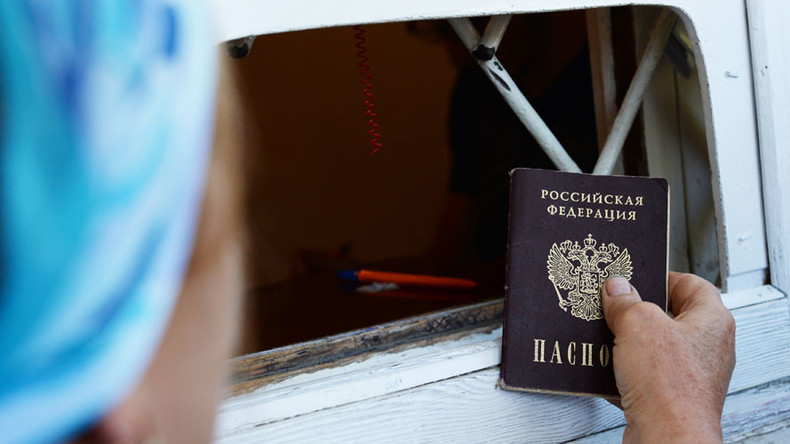 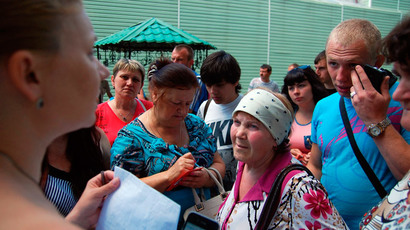 “There are countries where it is difficult to receive the document certifying the renunciation of citizenship, but Ukraine simply stopped issuing such papers. For such cases we are preparing a special bill that would institute the procedure of public renouncement of citizenship,” MP Pavel Krasheninnikov (United Russia) said in comments with Kommersant daily.

The newspaper also quoted an unnamed source in the lower house as saying that the problem connected with the Ukrainian red tape obstructing the naturalization of citizens of that country as Russians had been discussed for several days in the government and Interior Ministry. As a result, officials and experts decided to change the Russian laws concerning the naturalization of foreign citizens.

Currently, the law requires that candidates presented a certificate proving that they had renounced their previous citizenship, with an exception for nations that have signed dual citizenship agreements with the Russian Federation.

In mid-June, the head of the Russian Presidential Council for Human Rights, Mikhail Fedotov, proposed simplifying the naturalization procedure for refugees from Ukraine. He also backed his proposal with the claim that it is now very difficult for a refugee to receive the citizenship renunciation certificate from the Ukrainian authorities.

“Not a few thousand and not even a few dozen, just a few people have succeeded in this. On the refugees’ request we have addressed Russian officials with a proposal to get rid of this part of the law [demanding written proof of renounced foreign citizenship]. But unfortunately, so far it remains and these people, and there are hundreds of thousands of them, stay in Russia as persons who have been granted temporary asylum,” Fedotov said. 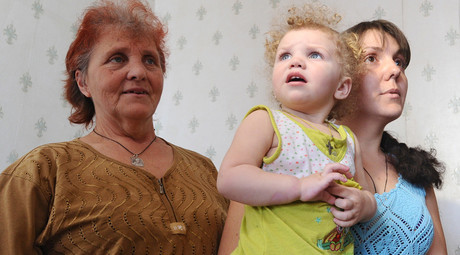 In early 2016, then-head of Russia’s Federal Migration Service Konstantin Romodanovsky said in an interview with RT that over 1 million Ukrainians from the southeast had been registered as temporary asylum seekers in the Russian Federation since April 1, 2014. He noted that the number of requests for asylum in Russia has grown almost 60 times.

“And we dealt with this issue successfully. Nobody died, nobody starved, everybody was heard,” the official noted.

In mid-2015, Romodanovsky told the press that of 1 million people who had arrived to Russia from southeast Ukraine since 2014, about 600,000 decided never to return home. Of this number, 114,000 took part in the government program of resettlement and received material aid and a short track to being granted Russian citizenship.

Also in 2015, the UN High Commissioner for Refugees said that in 2014 the influx of Ukrainian citizens seeking refuge on Russian territory put the Russian Federation in first place in the world by number of asylum applications. The report also stated that in 2014 Ukraine surpassed the previous years’ leader, Syria, by number of people who wanted to flee their homeland.