The author of the bill is MP Vitaly Milonov of the United Russia party, known as a relentless defender of Orthodox Christian values and the main sponsor of the Russian law banning the promotion of non-traditional sexual relations to minors. 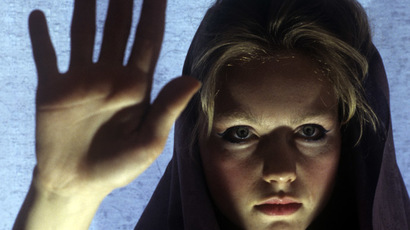 This time, Milonov wants the Russian Criminal Code amended with a separate article ordering large fines or up to three years in prison for practicing “occult and magic activities,” as well as folk medicine, without a proper license from government bodies. The punishment could be increased to five years in prison when the illegal magic causes a loss of human life or especially-large material damage.

The bill introduces the definition of occult and magical activities as any services provided by astrologers, fortune tellers, magi, spiritualists, psychics and clairvoyants, and aimed at diagnosing and affecting the spiritual world and property of a person. However, the rules and the need to register apply to providers of magical services even if they do not name their professional activities with some exotic term, but use simple words like consultant or expert.

Milonov explained that in many cases the occult and magical services are just a cover for scammers who deprive citizens of their property and often also inflict damage to their health. But even those who perform their “magical services” without malicious intent can be dangerous – according to the latest research of the Russian Academy of Medical Sciences, 95 percent of folk healers lack any medical education and 40 percent needed treatment of various psychic syndromes and illnesses themselves.

Currently, Russian law requires people who practice folk medicine to register with the state. Non-compliance with this rule is an administrative offence punishable with a relatively-low fine.

In 2013, Russian lawmakers drafted a bill on regulating “occult and mystical” services in healthcare, introducing licenses for healers and wizards, and also the control of qualified doctors over their work. The same bill increased the fines levied on non-registered folk doctors and almost completely banned advertising of occult services. A separate bill drafted in 2014 banned the advertising of spiritual services via television and internet. Lawmakers have not yet passed any of these motions.