Asked about the point at which extraterritorial detention of a foreign citizen becomes illegal under international law, Konstantin Dolgov said that it was obvious that any extraterritorial application of national legislation is against the norms and principles of international legal practice. He noted that about 20 incidents with Russian citizens detained in third countries on US warrants were no exception to this. 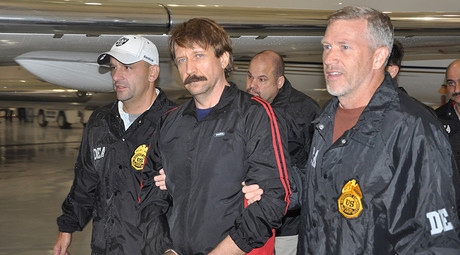 The Russian diplomat also pointed out that the Russian Human Rights group IGCP (International Group on Crimes against Persons) had recently presented a report detailing various cases of extraterritorial application of national laws by the US, including the arrests of Russian citizens in third countries.

The document shows that most such incidents took place under President Barack Obama. “The United States does not use bilateral treaty ordering cooperation, violates the rights of Russian citizens and damages Russian-American relations,” Dolgov said.

At the same time, the official pointed out that he and his colleagues would continue to work with the Obama administration right up until it leaves office, however slim the hopes of actual positive changes. “We hope that there will be some positive evolution under [US President-elect Donald] Trump. Putting an end to this illegal practice is one of the shortcuts to normalizing US-Russia relations.”

In the same interview, Dolgov also touched upon other humanitarian issues, in particular the current operation by the US-led military coalition in the Iraqi city of Mosul and its devastating effect on the civilian population of the region. He pointed at the fact that the United States and its allies had established a so-called information blockade of the Mosul operation as well as of the humanitarian situation in the area. “It is deplorable. Maybe there are things that they want to hide. People are fleeing the strikes of the US-led coalition.” 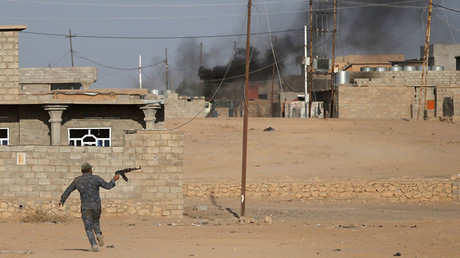 US double standards: ‘1mn people of Mosul have no chance of escape, no humanitarian truce’

The Russian diplomat added that the current situation in Mosul was very different from the one in Aleppo, Syria, where the Syrian Army – supported by the Russian Air Force – introduced humanitarian corridors. The fact that the US-led coalition made no attempts to introduce such corridors increased the number of civilian casualties and humanitarian damage, he said.

Dolgov went on to say that international humanitarian groups had claimed that the civilian casualties in Iraq could have been minimized or prevented if US authorities were more concerned about these issues. However, the US has a long track record of civilian damage and its authorities have not taken sufficient steps to punish those responsible, the official said. “The United States has killed thousands of civilians in different places. In the former Yugoslavia, then Afghanistan then Iraq, then Libya and then Iraq again. Nobody has been brought to justice for this,” he noted.

“Also, this [measures against alleged Russian propaganda] is a violation of laws supporting freedom of expression and of the rights of their own citizens. This is not what the European Parliament should do, but this is what happens. The only serious and effective answer is to continue good work,” Dolgov concluded.