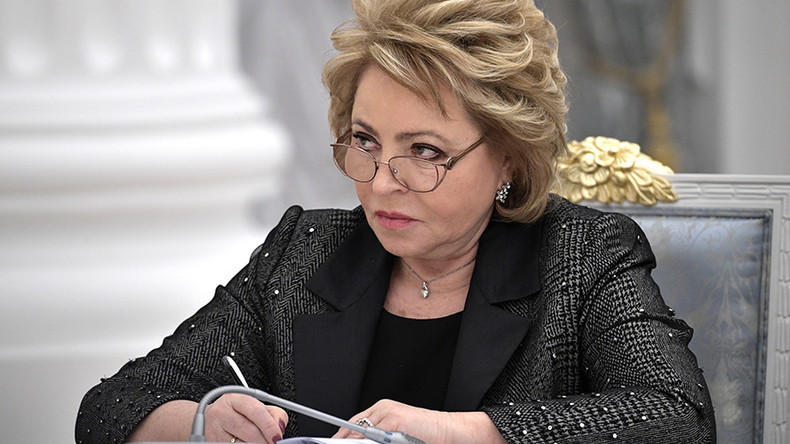 “[The suspension of payment] was a signal to the Council of Europe as a whole, not only to PACE [the Council of Europe’s Parliamentary Assembly], a signal that the situation in this organization continues to degrade,” Federation Council Speaker Valentina Matviyenko was quoted as saying by TASS.

“Representatives of national delegations are facing repression, there is no free place for discussions and the Russophobic lobby attempts to rule PACE, the attempts to relieve its chairman Mr Pedro Agramunt  from his duties are proving this fact,” the senator added.

The comments came soon after the Friday statement of the Russian Foreign Ministry, which announced that Moscow had officially informed the Council of Europe secretary general that it will suspend €11 million (US$12.5 million) of its €33 million 2017 membership fee until the rights of the Russian delegation in PACE are fully restored.

Matviyenko emphasized that the ongoing spat between Russia and PACE was not about one particular conflict or incident, but over the general rules of granting or restraining the rights of national delegations.

“No one has the right to restrict the powers of any national delegation, because its representatives are elected by the citizens of their country and then delegated to PACE in order to represent their nation.”

The Russian official also noted that the current situation in PACE questioned the legitimacy of the organization’s ruling bodies because one of the assembly’s member-states was not voting for them, and said that the CE’s Committee of Ministers was aware of the situation and also considered it worrying. 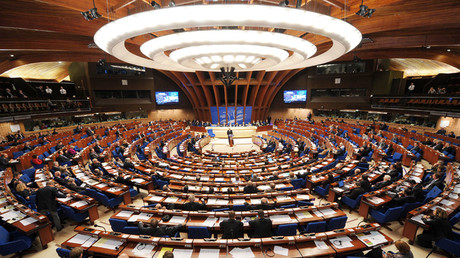 However, Matviyenko assured reporters that Russia could take new decisions to suspend its CE fees if PACE does not change its regulations in a way that would exclude the possibility of further discrimination of national delegations.

“On what grounds should we pay them? Simply that we could every day watch this Russophobic hysteria sponsored by our own funds? No, this is wrong, this is not correct,” she stated.

PACE stripped the Russian delegation of its voting rights and banned it from participating in the group’s ruling bodies or monitoring missions in mid-2014, quoting Russia’s role in the acute political crisis in Ukraine as the main reason behind the sanctions. The restrictions were prolonged in 2015 and 2016.

In response, the Russian delegation ceased any participation in PACE sessions, with lawmakers considering it impossible to resume discussions while the sanctions were in force. Russia also passed a parliamentary resolution stating that nations which have repeatedly violated international law and caused thousands of casualties have no moral right to judge Russia or impose sanctions on it.