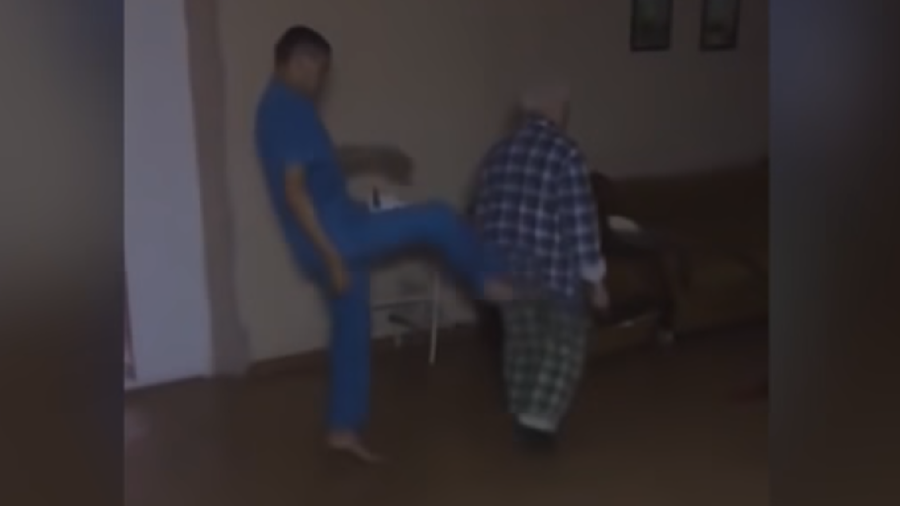 Two young hospital attendants are seen throwing a slipper at the man and kicking him in the backside in the controversial footage, which was uploaded on YouTube by 74.ru website earlier this week.

Their cruel actions seem like a fun game to the nurses as they’re heard laughing out loud.

The chief doctor of the Psychoneurological Hospital No.5 in Magnitogorsk, Aleksandr Belyaev, confirmed to RIA-Novosti that the video was shot at his mental health center during a night shift on June 29.

“We’ve watched this video earlier today… It’s really our hospital. It’s terrible. I’m ready to resign myself after this,” he said.

The male nurses in question were previously on a good record, Belyaev said. They will face the harsh disciplinary measures over the abuse of the patient and may well lose their jobs, he added.

The local health ministry has branded the incident “a grave violation of the patient’s rights” and promised a thorough inspection at the hospital.

Russia’s Investigative Committee has launched a pre-investigation probe in relation to the abuse of a patient in the video, with a decision on whether to launch a criminal or administrative case to be made afterwards.

The video surfaced online after one of the nurses, Andrey Bykovsky, sent the clip to a girl he met on social media in an apparent attempt to impress her. But the young woman was shocked by what she saw and promised to go to the police and media. 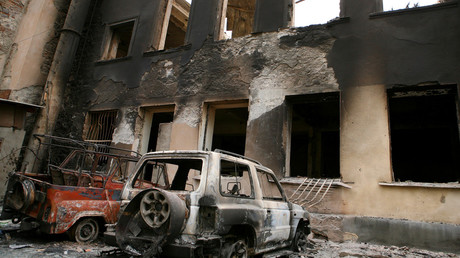 “When I told Andrey about that he only laughed and sent me smiley faces, saying he wasn’t afraid,” she told 74.ru. The male nurse then deleted the video, but the girl already saved a copy of it. Online commentators were united in their disgust at the clip, which absolutely no one found funny.

“I’m afraid to ask, who among them are the patients?” one of the users said. His stance was echoed by another, who wrote: “This old man should switch places with the nurses. He looks absolutely adequate, compared to them.”

“Those bastards must be tracked down and punished,” one commentator said, with others urging firing and prison term among possible restrictive measures.

“Are there real men in Magnitogorsk to kick the asses of those nurses? Or I should come?” one user asked.

Magnitogorsk is populated by over 400,000 people and hosts the largest iron and steel works in Russia. The city is situated on the frontier between continents, being partly situated in Europe and partly in Asia.